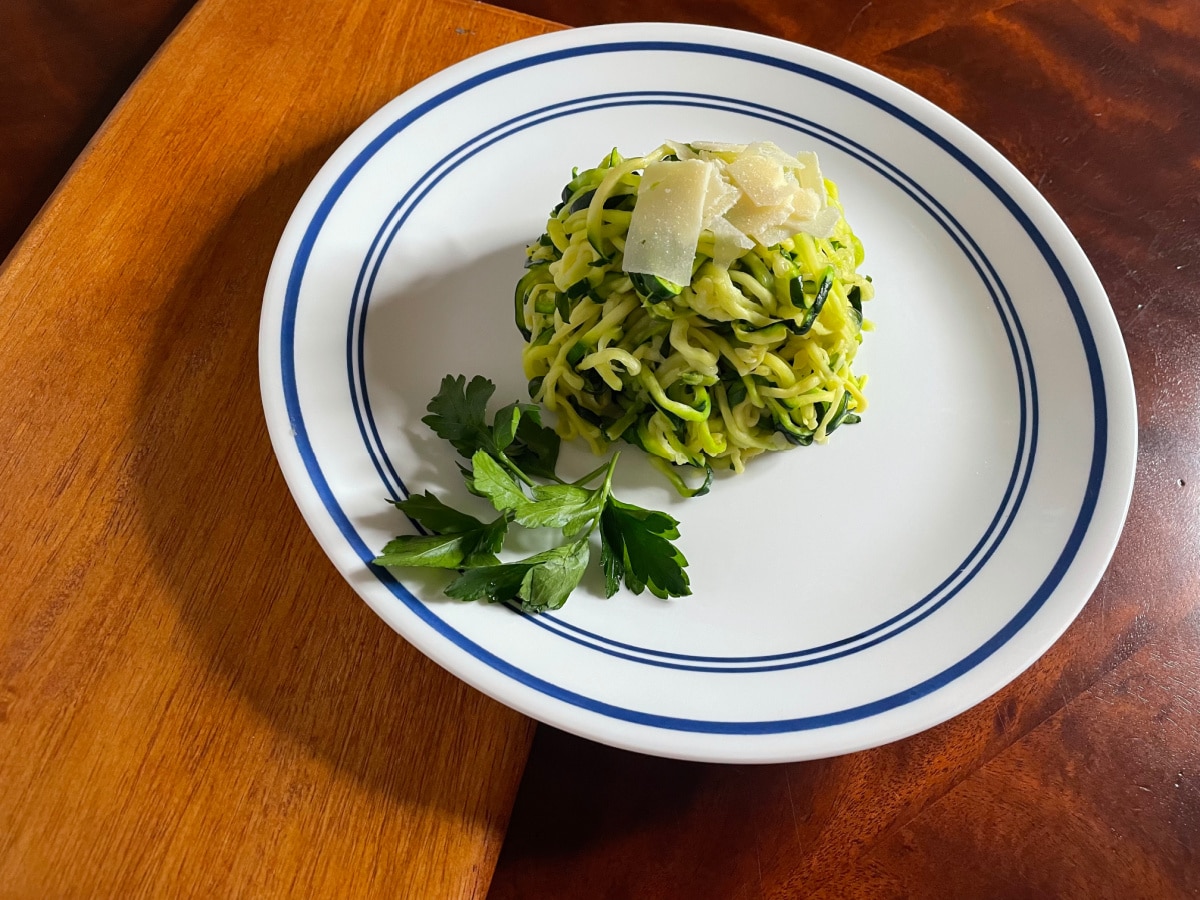 This post may contain affiliate links and I may earn a small commission when you click on the links at no additional cost to you. I only recommend products I would use myself and all opinions expressed here are my own. Read my full privacy policy here.

Welcome to Part 3 of my Chaos Management series: Cooking!

If you haven’t already I encourage you to check out the earlier parts of my Chaos Management series Part 1: Meal Planning and Part 2: Grocery Shopping, before continuing below.

Cooking is personally my favorite part of this series. I’ve broken this post up into three sections: choosing recipes, storing recipes, and actually cooking. To get your own binder covers and other amazing chaos management worksheets, subscribe to my email list below.

When you sign up, you will get my Chaos Management Worksheets in your welcome email!

Your choices make all the difference. Picking a good recipe is something for you to cherish for years to come.

What to look for

There are many things I look for in a recipe. To start, I use my themes for inspiration and look from there.

The number of steps in a recipe is completely arbitrary on the author’s whims, so I actually have to read the whole recipe to determine if it is simple. When I write recipes, I try have only one action per step. Other people like to group similar actions into one step, like all the mixing is in step two.

As far as number of ingredients, there are many wonderful recipes that have long lists of spices, but I wouldn’t call them complicated. The hardest part of adding many spices is not mixing any of the cayenne into anything else, while reusing the spoon.

What I try to avoid are detail oriented steps.  If I have to very carefully do anything, it is not going to happen right after work. Things I don’t have patience for on a weeknight include searing meat, watching eggs come to room temperature, and deglazing.

Another important thing to watch out for is time. The total recipe times at the top of a recipe can be deceiving. You really need to read all the way through and watch for words like “marinate the night before.” These recipes might not require herculean effort, but if I only have 30 min to eat, cook and clean the night before I don’t have time to start a marinade.

It can also be tricky when they start with pre-chopped veggies. The ninjas in my audience won’t need to worry about chopping time, but the rest of us might. With my knife skills, chopping time is non-negligible, easily 10+ min. I try to do most of my chopping during my weekly meal preps, because it can be such a time sink. I recommend that you consider what else you can prep as you read through a recipe such as spice mixes, cutting meat, or cooking sides.

Sometimes I find a recipe that looks super yummy, but is time consuming. Then I might consider ways to either adapt, trying it on a special occasion or finding a similar faster recipe. 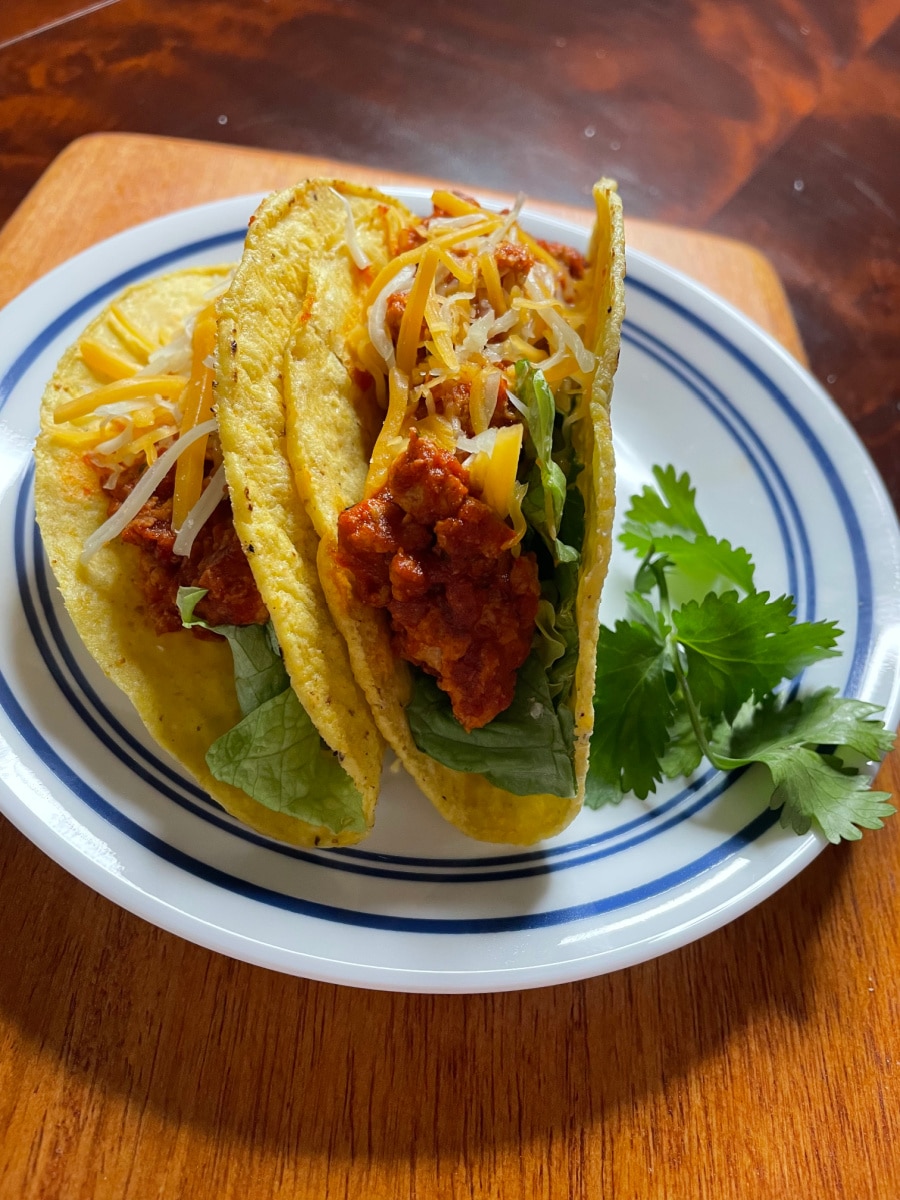 My favorite place to find recipes is by asking people. Most people take it as a compliment, so don’t be afraid to ask. I’ve never personally encountered anyone with a super-secret recipe.

If I’m looking for something specific, I ask Google. Generally, one of the first few recipes works extremely well and my search is over.

If I’m looking for recipes of a general theme, I’ll go to Pinterest. Then I save way too many recipes to my personal dinner board. Many of my favorite or want to try are also saved to Caramelized Chaos’s boards.

It’s important to not loose these recipes, especially before you even try them. If the recipe is digital, I’ll save it to my Pinterest board. If it’s from someone I know, I try to get it written down as quickly as possible otherwise I will lose it or forget it.

I have a two binder method for storing my recipes. First my big binder holds all the recipes, including family recipes from both his and my families. I have so many recipes that this binder is a bit too big for everyday use, so I have a smaller binder with my weekly recipes.

Each recipe goes in a sheet protector, which keeps them portable and durable. It’s also easy to slide them out and take notes on them.

What You Will Need

Note: You really need more than a 2 hole punch. Otherwise, you will have to keep reprinting/ making them as they tear and get dirty from being in your kitchen. No one has time for that.

You can decide your sections based on your own recipes. Before I ever considered meal planning, I already had a ton of holiday and cookie recipes. It’s no surprise that my special and cookie sections are the largest.

If you are starting completely from scratch then you can separate them by theme, protein, meal, side dishes, entrees; however, you personally think about them. But remember one day another human being might want to find a recipe in there, so make sure your sorting has some sort of sense.

If you already have a ton of recipes, first put each in their own individual sleave. Then sort them into piles. You might need to rearrange your piles a few times before you decide on how you want to group them. Each pile gets its own tab in your big binder.

The BIG RULE OF THUMB: Only put recipes you know work and plan to use in your big binder!

My only exception to this rule is extra special family recipes, like my family’s gefilte fish recipe. It’s practically an heirloom. 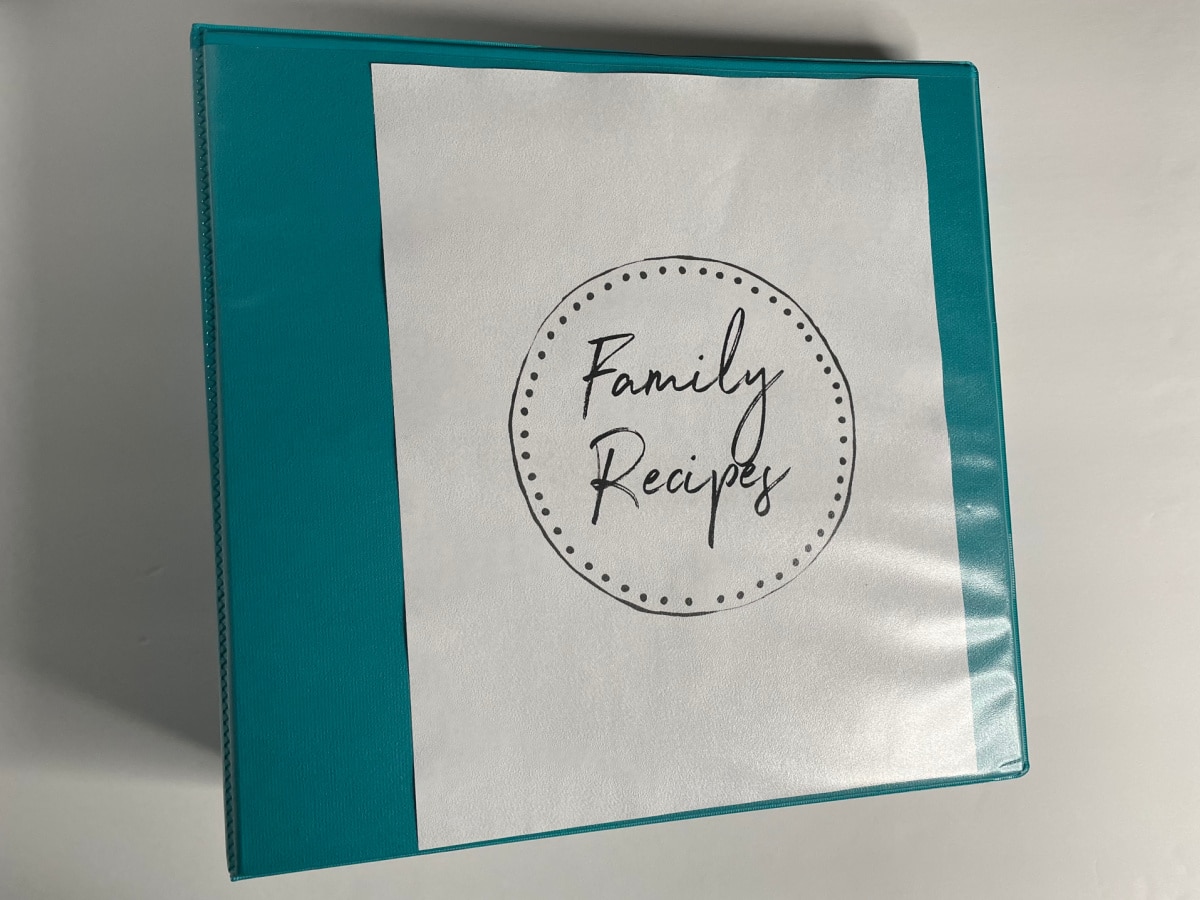 I used a label maker to write on the tabs, because my handwriting leaves something to be desired. Also, if I want to change them, I just peel off the label and print a new one. 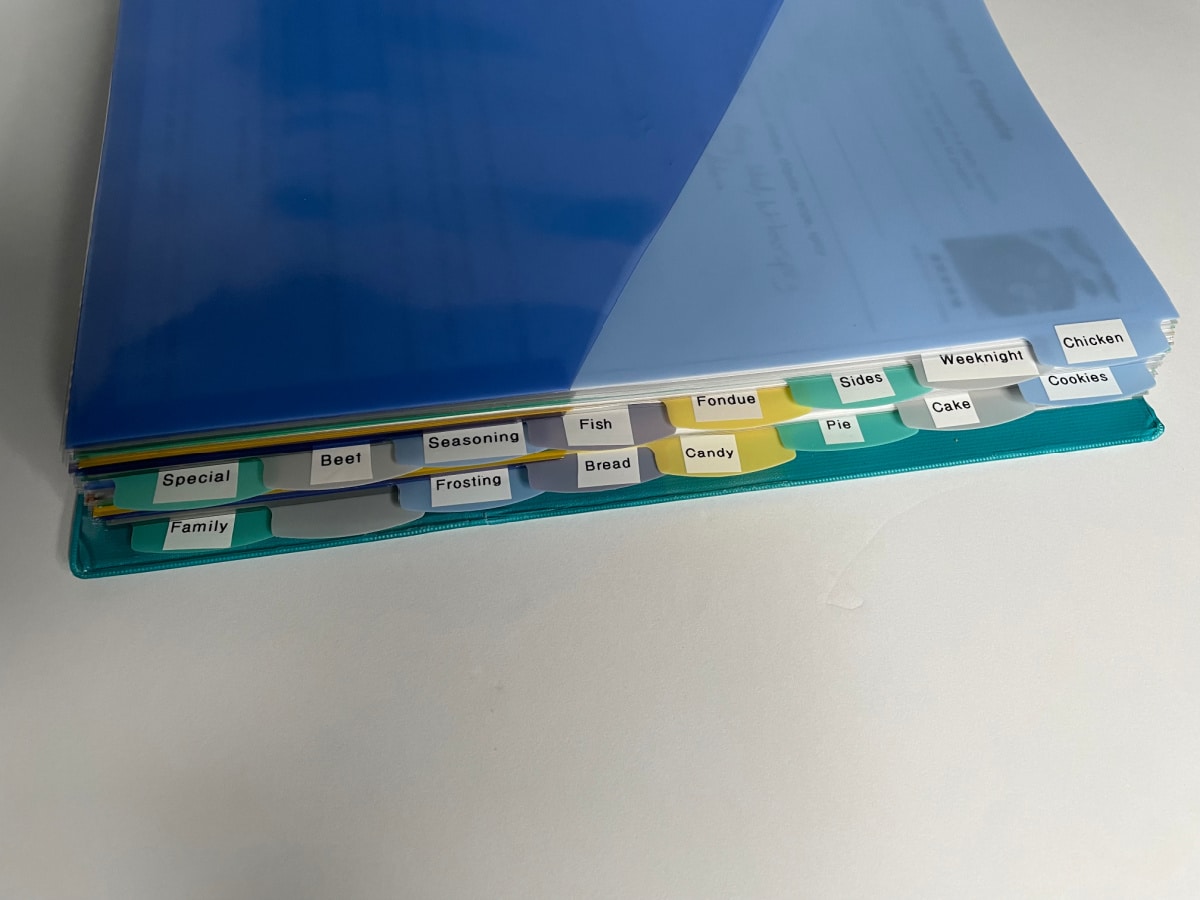 This one is very simple. Only two things go in this binder. The recipes you are using this week and a few recipes you intend to try in the immediate future that you have printed out during the week. That’s it. Don’t clutter this binder.

Before I start making my grocery list, I quickly take out last week’s recipes and put them away. Then I take out this week’s recipes and put them in. I tend to put them in roughly the order I expect to use them. Saturday recipes in the front. Friday in the back. This process might sound like an extra step, but it doesn’t even take me 5 minutes. Then I don’t waste my precious weeknight time sifting through the big binder while hangry. 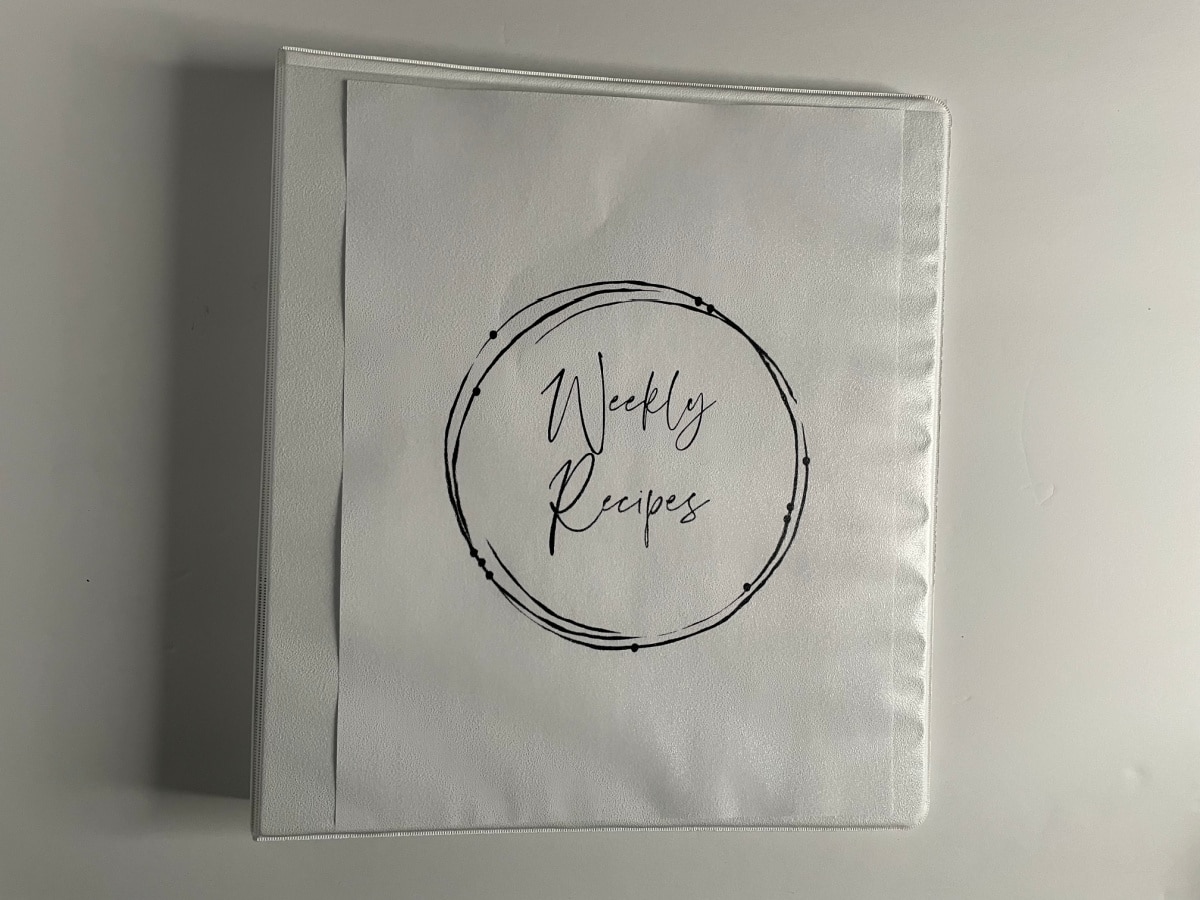 I try to keep my weeknight recipes to 15-45 min of cook time. I measure this from when I step into the kitchen on a weeknight until I am stuffing my face. To keep my cook time low, I tend to do a little meal prep every week.

The absolute first thing you should do is wash your hands, especially if you touch your phone in the bathroom. The second thing I usually do is a quick wipe down of the stove and counter, so I have a clean surface to make my food.

I have two main categories of recipes. First is set it and forget it. For these recipes, I can leave the kitchen and not worry about it catching on fire in my absence. Maybe take the dogs for a walk while making frantic phone calls. This food is made in a device with a keep warm setting, and I know that I will hot food waiting for me by a certain time. The three appliances that perform this small miracle are my rice cooker, slow cooker, and instant pot.

The second category I think of as fast and focused. For these recipes, I won’t be able to leave the kitchen or have any significant distractions once I start. These recipes tend to be very fast, because of my short attention span. Since I’m stuck in the kitchen, there is a higher chance of side dishes being more complicated than slicing a cucumber or scooping rice. It might not be a high chance, but it is higher. These recipes are made on my stove, in an oven or on the panini press. 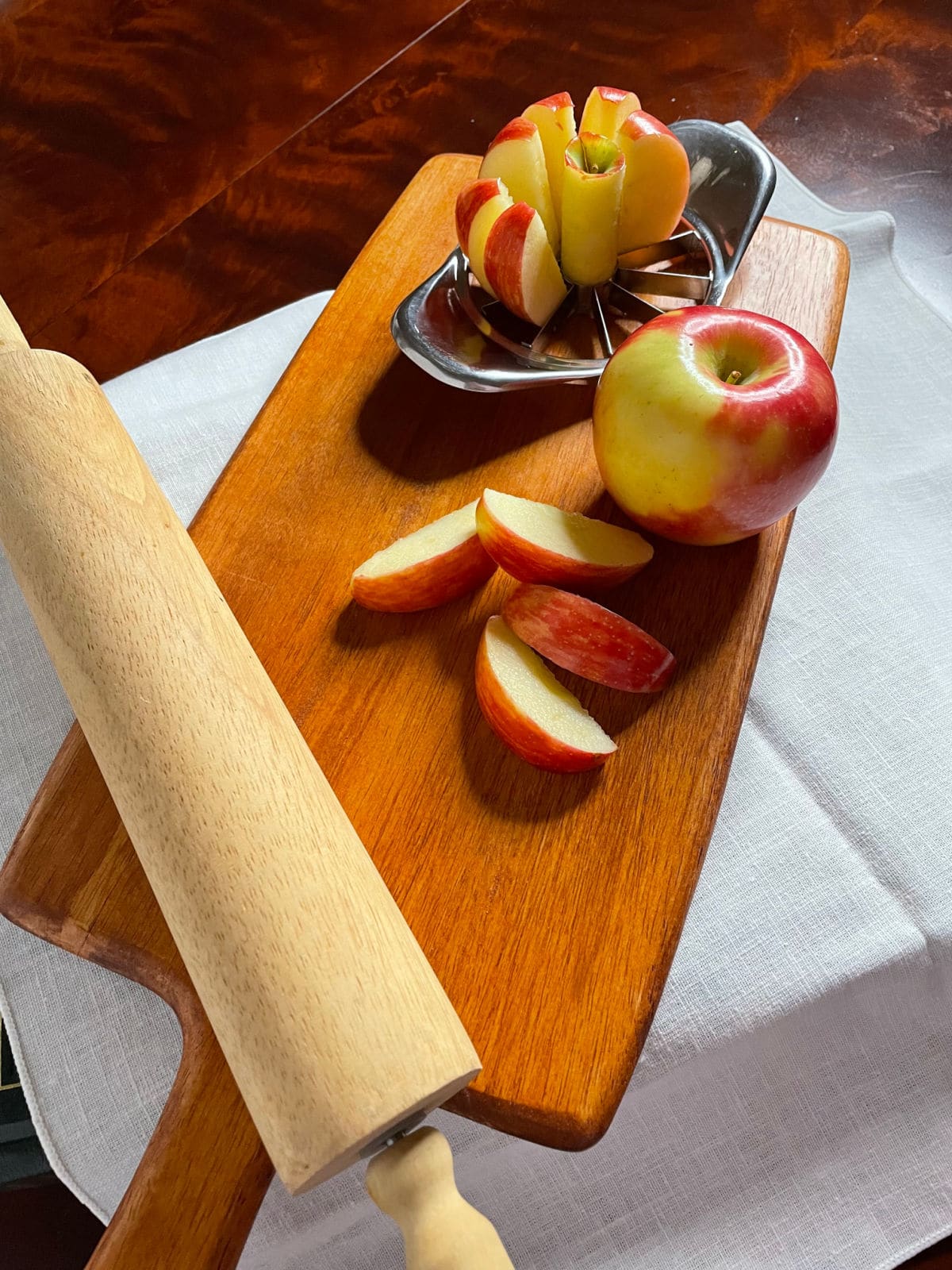 Getting Everything Done at the Same Time

This goal seemed unattainable for the first month I cooked dinner. I didn’t know how long it took to make anything or what order I should start things in. Don’t be discouraged if it takes a while to master the habits to get everything finished at the same time.

Start at the end and work backwards from there. Think about how long each step will take and move back from your dinner time.

Fast and Focused Example: Chicken Sausage in Marinara Sauce over Pasta and Zoodles

I also know that my sauce can sit on low for a while without anything bad happening. But I don’t want my noodles to sit too long, and they take the longest. So here is roughly the order I cook the meal in.

Set It and Forget It Example: Shredded Buffalo Chicken over Baked Potato

This order is even easier.

It’s okay if you don’t get everything out on time, especially when you are just starting to cook. I know that this bothers my inner perfectionist, and it might bother yours too. But it’s just one meal. I have eaten my sides at a different time than my entrée. I’ve warmed things up in the microwave or toaster oven. I’ve even eaten room temp food. Both myself and my husband survived and lived to tell the tail.

This step really takes out all the guess work for my cooking. All the decisions about what to eat have been made. I already know that I have what I need in my cupboards. Just having a plan going into the kitchen, really help save time and fuss.

Having the right tool for the job also helps. Some of these tools might be a bit pricy, but as you collect them over time, they can make the difference between a sometimes food and a weeknight staple.

For instance, take zoodles. I love them. But until I had a kitchenaid with the spiralizing attachment, I made them once every couple of months. Now I make them once a week. Other time savers include my food processor, which does a lot of my chopping for me and my knife sharpener. It might sound obvious, but sharpening your knives regularly not only makes them safer, but they will cut more quickly.

Doing some or all of your cooking work ahead of time, can be one of the greatest favors you can do for yourself. And I know my future self needs all the help she can get. You can start small with slicing and portioning, and then work up to batch cooking and freezing. Because we like fresh hot food so much, I prefer doing some prep from each of my weeknight dinners once a week.

You really will get better at cooking over time. In just my first few months of cooking nightly, I became faster at everything from slicing cucumbers to browning meat. The more you make a recipe the faster you will get. I saw the most improvement in my first few weeks, but I still see some bit by bit every week. If you are just getting started, don’t give up. It takes time and hard work to develop kitchen skills.

When you sign up, you will get my Chaos Management Worksheets in your welcome email!